Vaping: What You Need to Know

Vaping refers to the inhalation of aerosolized particles of a drug (nicotine or marijuana)  mixed with flavoring. Most vaping  devices  contain a battery for power, a heating  element, a place to insert the drug-containing liquid that will be heated  until it vaporizes, and a mouthpiece.

Vaping  was initially  developed to help adults quit smoking but has quickly become popular among  teenagers. From 2011 to 2019, the CDC reported a 900% increase in vaping  for high schoolers.  And while current reports estimate about 27% of high schoolers have vaped  or currently vape, 5% of middle schoolers admit  to the same. Vaping  is a $22.6 billion  industry worldwide.

Impact on the  Brain 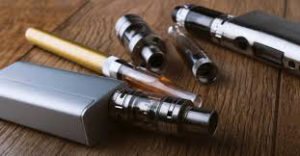 On a chemical  level, the nicotine salt delivered from  a vape pen is far more powerful than the nicotine free base that cigarette smokers inhale. This makes vaping  nicotine extremely addicting. Studies show that teens who vape are seven times more likely to smoke as adults. And more than half the high schoolers polled  admitted to having had their first vaping  experience at age 11 or younger.

The immature frontal cortex of a teenager’s developing brain is uniquely susceptible to the harmful  effects of nicotine. Regular use can cause long-term irreversible deficits in memory, attention, and concentration, and also mood  disorders and permanent lowering of impulse  control. Tobacco use in adolescence can also prime the brain for addiction to other stimulants of abuse, like cocaine  and methamphetamines.

The Surgeon General accurately labeled  teen vaping  an epidemic. And it’s a gravely dangerous one: Nicotine-related deaths  kill more adult Americans every  year than alcohol,  AIDS, car accidents, illegal drug abuse, murders, and suicides COMBINED.  Make sure you talk openly every  day with your  kids. Preventative education on vaping  is a must in every school, whether it is in health class or part of a science project. Vaping  does not discriminate. Let’s work  together to keep our kids from  vaping.  It might  even save their lives.

After a Suicide: Answering Student Questions and Providing Support

Fun Summer Tips That Will Keep Your Child Learning!
Scroll to top